There are some to whom the thought of being an accountant, a lab technician, an I.T. worker or even a helpful cop just can’t rub them the right way. Those who hear a different call; those who must stoke the inside fires and be true to the elusive 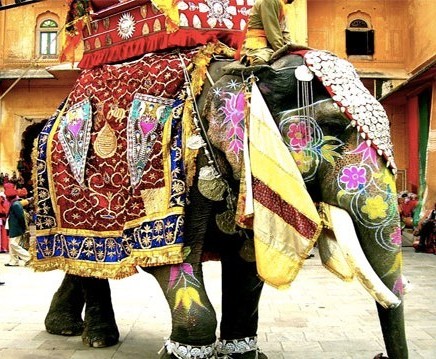 muse that is shy but ever-present. Those to whom the dreaded words, “You need to get a real job” shall ever be blasphemous. I’m talking about, of course,… the professional elephant dressers of Sri Lanka.

No, wait; sorry. That’s not right. Heh. Silly me. I meant to say the creatives: the artists of all cut and cloth, disciplines and districts, those who reveal life through the filters of their own understanding and experiences, and then display their discoveries to us for entertainment, enlightenment or emotional impact. Of that unique breed, those who choose music for a career are certainly among the most brave.

There’s a reason why those of us who are parents tend to suggest, as insightfully as we can, that if our kids are interested in a career involving art in any way, that they should have something else to empower them through the down times. Notice I did not say “fall back on”. Having lived as a “starving artist” not only across our fine country but also throughout Europe, I have learned a thing or two about what is the best way to push art forward. And stay alive. And smell nice. And be able to afford… Top Ramen.

If you’re considering the musician life, let’s take a look at the realities of what it entails in this day and age. Why? Not to dissuade you, let me say first. If art is calling you, then you should by all means work hard at it full steam ahead. But I also believe in knowing what you’re up against so you minimize unpleasant surprises. Face the facts head-on, and hold your art head high. That way, not even a richly-dressed elephant will stop you.

So, how’d you like this gig: you must learn a few set lists worth of music; perform daily for crowds who take your work seriously and value your talent; your food and housing will be provided, you get to wear cool clothes designed just for you and composing new material is not only appreciated, it’s encouraged. Anybody interested?? I know I would be!

Well, this is exactly how things worked in the Old Testament Bible days for the musicians who worked the Jewish religious ceremonies court events, feasts. They were well taken-care-of for sure. In fact, the longest section in that book is….their song book, Psalms!

Excavations have uncovered musician instruments in the Mesopotamia region that date back to 3,000 B.C. Looks like this bug’s been around a loooooong time. No wonder its bite is so transformational. I wonder though: instead of the long rectangular beards braided with leather laces at that time…did musicians even then sport soul patches??

The Middle Ages saw the Western churches become the place to gig. You could get a steady paycheck, be known by patrons much more affluent (i.e. RICHER) than you, see your renown grow beyond your local geography, and often compose instead of just regurgitating other people’s compositions.

With Mozart and Beethovan we see the church as a gig still present, but, especially with good ol’ Ludwig, secular venues began to proliferate, as well as the opportunities to play in them.

All this led up to the 20th century, where television, radio and film pushed musicians more to the forefront of everyone’s mind than ever before. And with that came serious riches. Which, for the musician, always leads to serious G.A.S. No matter tho’; money was like water for any that ‘made it’ in the 1900’s. Unless of course you were one of the unlucky few who signed ridiculously bad contracts with the record execs. I’m eye-in’ you, Mr. Joel.

The banquet, we now see, couldn’t last forever. Enter the new millennium with me…

We’re in the last quarter of 2017, and the changes keep right on comin’. But REO was right: If we’ve “felt the tables turnin” then we gotta “roll with the changes”. Let’s take a look at what’s rolling at us right now, like that giant rock at Indiana Jones….

As of July of this year, overall music consumption actually did rise 9.9% over last year’s statistics. The reason is audio streaming: it’s up, again, rising 58.5% over last year. That’s huge.

Record Store Day has had a slightly mitigating effect on plummeting CD and vinyl sales. Last year, for the first time in about a decade, they stopped dropping. The trouble is, of course, their percentage is a tiny drop in the income bucket for those trying to make a living at music.

Another plus that doesn’t help us pay the rent, but does contribute to the goal of music dispersion, is that streaming sites are causing people (myself included) to listen to albums I’ve never heard before. Because the artists on most streaming sites have all their albums there, is now a click away to hop from Rod Stewart’s recent “Time” (GREAT album) to Bob Dylan’s first album (SO Guthrie) to the just-released new album from Styx “The Mission” (if you like old Styx, you’ll love this!)… all without buying a thing.

But obviously, those positives don’t really help musicians garner income. Current music stats show other serious blows to that goal as well: Physical album sales have been plummeting for years, and they continued to drop this past year 2.1%. You may not have heard this, but digital download sales have also fallen, at an even steeper rate than physical sales. For example, digital single sales fell by 23.9%!

What does this mean for composing musicians? It means if you thought putting your CD (which no one’s been buying) up on iTunes to sell was gonna pay for your groceries… sorry to have to tell you, but…they’re not buying it there either anymore. People have just stopped buying.

Instead, streaming is the latest thing. Even though it’s still the best venue for showcasing your artist videos, even YouTube is being affected: it grew by only 6.1% over last year, a deep drop compared to streaming’s 58.5% overall growth.

There are some cool things about streaming sites for sure, but income is definitely not one of them. The current per-stream payout to rights holders (get ready to shake your head and purse your lips) is somewhere between .006 cents and .0084 cents. That’s right. It’s that low. You can see now why Pharrell only made $2,700 total in royalties from Pandora playing his awesome tune “Happy” 43 million times! I gotta say, folks… that just ain’t right.

The bands and artists that I know personally are all feeling it, and saying the only way they’re making dollars at this point is by taking a cut of live concert tickets (which usually isn’t much unless you’re famous) and selling their merch (the only cut actually bringing in a good percentage of profit).

So, in a nutshell: don’t expect your album sales to do much for you. If you want to grow an audience you have to make videos, tour, tour, tour… and sell shirts.

Just as the music industry has been turned on its head by Internet music availability, so musician’s lives have been stretched and challenged and changed by these turning tides. Because of this, two choices are now becoming more ubiquitous than ever: Portfolio Careers, and Side Hustles.

“Portfolio Careers” are what the work-a-day world has turned to of late, regardless of the field, and we’ll probably continue to see this approach burgeon to bursting. Instead of a tradition job, a Portfolio Careerist is one who, instead of choosing one type of job and career interest, diversifies and chooses deliberately to work several jobs in different areas. We’re talking self-employment, temporary jobs, free-lancing, part-time positions, or any combination of the above. The combination of these income streams pays the bills. The diversity of the work keeps things interesting, and if one job is lost, it’s much easier to carry on since you still have income from the others.

The hardest part of this approach is probably the absence of company health-care care, since it usually is only given to full-time employees. Since the Obama presidency, the severity of those consequences has lessened, in America at least, but even so, if you’re making enough from several jobs you can always purchase individual care packages that solve the problem and keep you protected.

“Side Hustles” are also becoming more prevalant to the modern working class, though we musicians have been doing these for decades (if not millennia!). A side hustle is work that one does in addition to a normal job, or jobs, that gives you some extra cash but is not expected to pay the bills. You just do it ‘cuz you love it. This is what musicians have always done, and we’ll keep doing it, while everyone else tries out this ‘latest fad’.

In Detroit, near where I live, many of those who are retired tell of days in the Automotive Industry where you had worked one job all week long and you worked it until you retired. End of story. Well, those days are looooong gone.

Can we expect any change on the front of album sales? I wouldn’t count on it, but I think with the continued backing of the Performing Rights organizations across the globe and strategic, unending campaigns for better recompense for our work I believe we’ll see at least a rise in streaming revenue. When we finally make it to one cent per stream I say we all hold a big party together.

But don’t invite the streaming business people. They’ll take that as a sign we’re “happy”.  lol

Okay, now that we know what we’re up against, is it too daunting for you?  Does it make you want to throw in the towel? Hang up your dreams? Put your instruments in their cases and rely on Engineering books?? In short… are you up for the challenge??!!

Yea, I am too. Nothing takes away our passions. Nothing! Don’t let the bastards grind you down, as Bono so eloquently sings.

Be inspired… by the Great Port-FOLIO!!

Never lose sight of your heroes. They inspired us here in the first place. We may have to climb the mountain a little differently. We’ve lost some ropes that were there in the past, but we’ve gained some bright spotlights showcasing our music from nations away, there on the summit. And, with new career methods, we can still join them in the great rockin’ Pantheon of Groove.

And also there, right there… can you see him?! A beacon for the struggling; a vision for the contender; power cell for those who aspire upwards! Beckoning us onward and upwards… it’s… Port-FOLIO!! 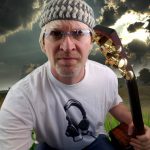 2 Replies to “Music For a Career – “I Am the Great Port-FOLIOooooo!””