Today, I purchased a new mic pre. Yep. I’ve been G.A.S.-ing for it for the last month (at least!) and after carefully cross-examining it with other options online, I pushed the button this morning, which just proves, for the hundredth time, that in any given month, week, day, hour, minute, second…..there’s a lot of cool stuff to buy! But my question for you today (and me….and the caged monkey) is this: is it more exciting to order our gear? Or are we truly happier actually owning it? 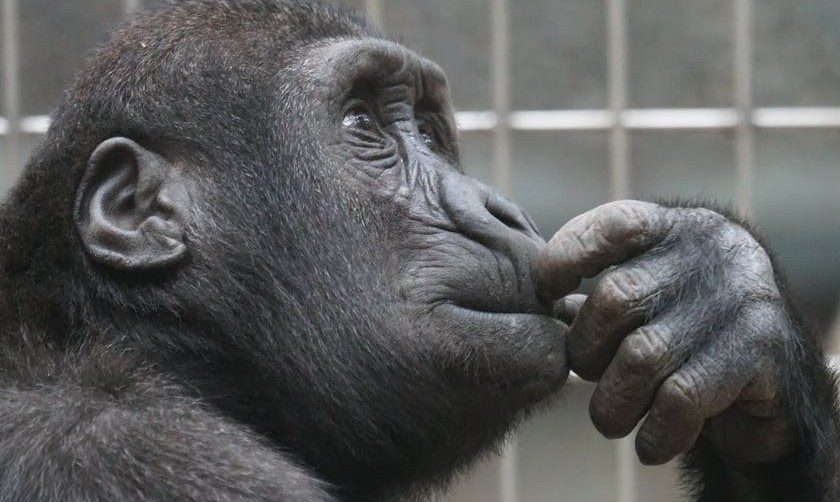 In his book “A Handbook of Proverbs” from 1670, John Ray, an English author, writes, “A bird in the hand is worth two in the bush.” This maxim has so made its way into our everyday English speech probably because it contains some very wise, practical advice about daily living…and investing.

If good ol’ Johnny boy had played saxophone (which would be a truly miraculous anachronism since saxes weren’t invented until 1846!) he might have said, “A sax in the hand is worth two in the shop!”, to which I’d probably whole-heartedly agree, especially if I had NO sax at all. I currently have a tenor, an alto and, my favorite, a soprano, so I’m not particularly G.A.S.-ing about another reed instrument at the moment. But, boy, if I didn’t have those….owhhh…I shudder to think!

But what if we’re happier when we don’t have something? In three separate studies by the University of Missouri, the data showed that people who were strong ‘materialists’ (those always looking for cool stuff to buy!!) went into a strong “hedonic decline” after they actually received their purchased product. This seems to at least indicate that Acquisition Syndrome of any kind provides only short-lived happiness, at best.

If you’re in business as a musician, especially if anyone else is involved with you, you may be familiar with compiling TBO charts before making major purchases. When writing a “Total Benefits of Ownership” calculation, you summarize all the positive effects the purchase will have on your business to verify that it’s a good investment. Sounds wise, right?

But what is ownership? In this new age of songs and music being created and, in most cases, freely or way-too-cheaply given to the masses, regardless of how much it cost to record, the definition of ‘ownership’ is more elusive than ever. Most would concur that if you gave money to someone, and they gave you back something, then you own it.

Well, I got my dog that way, but it feels weird to say I ‘own’ Pippin. It feels more like I share our home with him. He’s a living being; I would no more own him than I could own you. And even from non-living things that I spend time with daily, for years, it’s more like a friendship than a possession of their gifts.

This probably comes, more than anything, from one simple insight: we all leave this planet just the way we came – with nothing. As the movie 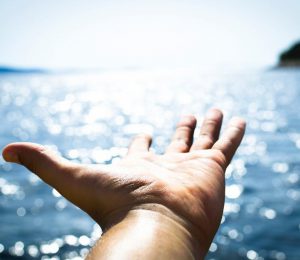 says, “You Can’t Take It With You”. Seems pretty obvious, really. So we don’t really own anything. We’re just care-takers. We’re renting, and not even ‘renting-to-own’!

Interestingly, I feel the same way about my gear: when I check out of here one day, I will not own it. My children will. Who knows if they’ll keep it or send it on to others who can use it as I did? Either way, my lease is expired.

So when I play an instrument, or send my sounds through effects units, or plugins, I am grateful and excited to have this time and experience with them, mostly because I know I don’t own them, and that makes each moment special.

Say It With Me: An-thro-po-morph-ize!!

Why do musicians name their instruments? Stevie Ray Vaughan did it with his “first wife”. B.B. King and “Lucille”. Luigi Tarisio and his 1716 Stradivarius violin called “the Messiah”! What’s up with this? Could it be because these instruments become so much more than tools? More than ‘owned commodities’?

I found someone online today who went so far as to say that their instrument was so personal, so important to them, that it was like an “anchor when they needed something to hang onto”. Wow. Hyperbole? I don’t think so.

Perhaps this goes even farther back, hundreds of years, when to name something like a sword, an axe, a wand, horse, gave it more supernatural power. I mean, hey, anyone who’s ever played D&D knows you get serious additional hit points when your weapon is named!.

Which Layer is Pharrell ‘Happy’ in exactly??

There seems to be a further-developed type of joy that occurs after we have met our fated friends and become part of their life and they part of ours. It’s strange. But I find it to be true. Which seems to indicate that happiness has levels. Layers. Different guises to show up in. 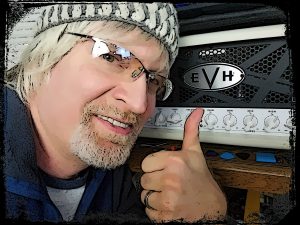 The happiness I felt when I graduated is no more real than the happiness I feel when an album is finally complete, but it is different. When I got my new EVH amp, I was euphoric! Does it match my wedding day? Well, no, it doesn’t match it, but both are certainly valid as moments of joy.

The review I did on my PRS guitar told you the story of how I got it, and how happy I was to finally have a dependable axe for my gigs. But am I no longer that happy with it? Yes, I am! Just in a different way. It may sound hard to believe, but it’s very much like marriage: your husband or wife brings you joy in some very different ways before you’re married versus afterwards. That doesn’t mean that any relationship milestone is better than the rest. Just positively different.

When I tell my wife “I love you” now, it has soooo much more meaning than it did years ago. Why? Because of all we’ve been through, the good and the bad. It lends a patina of greater worth to what we are together, and what we’ve grown to be as individuals because of each other’s input, and mere presence.

The Quandary in YOUR Cage

As I sit here, thinking about my new Warm Audio TB-12 mic pre winging its way to me door (I just got an email – it’s shipped!) I am genuinely excited. This is the most expensive mic pre I’ve ever purchased, so the thought of my vocals sounding better than they ever have before is a serious adrenaline rush (Yes, I’ll do a review for you once I lay some tracks down!).

For me though, know I’ll be just as happy, but in a different way, when it’s shining at me from my rack. No question. 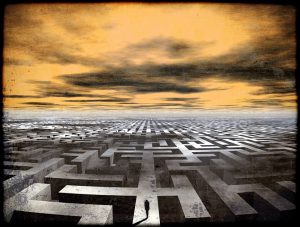 Okay, so enough for now of this esoteric wind here on SeriousGAS. Ha! I’m sure there’ll be more metaphysical peeks through dimensional doorways in days to come. Occasionally I find tripping down esoteric alleys and musing through mysterious mindfields to be good for the creative juices. Know what I mean, jelly bean?

So now I hand it off to you, my dear G.A.S.-aholics. What do you think? Examine your thoughts; examine your feelings. Meditate on this, the pressing question: does the decision to buy and the subsequent anticipation of a piece of gear actually being IN your studio bring you more joy than the actual owning of it and use of it after its purchase and delivery? When you’ve come to a decision, comment below and I’ll do a tally of how we in the music community roll.