I’ve been away from the site for a few weeks, launching some other online businesses, releasing new music and… renovating three rooms in my house!!

Nobody can say that I’m not making the most out of this corona virus quarantine. 😉

So, today we’re back looking at how to record music again, and this second article takes us into another single I released recently called “If You’re Leaving“.

Calling all crooning romantics and weepy Wendys – you’re gonna love this one!

For this video I went with a different director – Petar Jankoski, a very talented videographer in MACEDONIA, no less!

I just love the fact that in this day and age you can hire and work with someone halfway around the world just as well as if their next door to you, thanks to the Internet.

I do these little “song movies” because it’s inspiring to me to see the way different art forms can come together and make something even more moving than the separate pieces themselves ever could.

Nothing like a good story, and Petar really brought this one to life. He totally enhanced my vision for the song in a most complementary way.

Hope ya dig it!

I was living in Europe at the time, and had a girlfriend from Norway. We’d spent months together traveling as far north as England and as far south as Italy.

But the time finally came when we were going back to our own countries. It was time to say goodbye.

This was to be (he said, in the understatement of the year) quite difficult. Anyone who’s been in love and inseparable from their beloved for a long time knows what I’m talking about.

But there was nothing to be done. Due to things out of my control, I couldn’t stay, and neither could she. So… the night before we both flew out of Geneva, heading back to our separate countries, I wrote and performed this song for her, similar to how the guy did in the video.

It was my way of saying, “Look… don’t know if we’ll ever see each other again, or if will find a way to get around the fact that we live on separate continents, but I just want you to know… I’m really gonna miss you.”

It served it’s purpose well. Not only did I get my loving point across, but it fully encapsulates all the emotion, thoughts, hopes and dreams we shared and felt during that time.

That’s one of the most amazing things about songwriting – it takes you right back. Right to the reality of that pregnant moment when you just had to get it out.

If any of you have ever been in love, but faced obstacles and separations… this song’s for you.

The acoustic guitar we used to record “If You’re Leaving” was the Taylor 310. 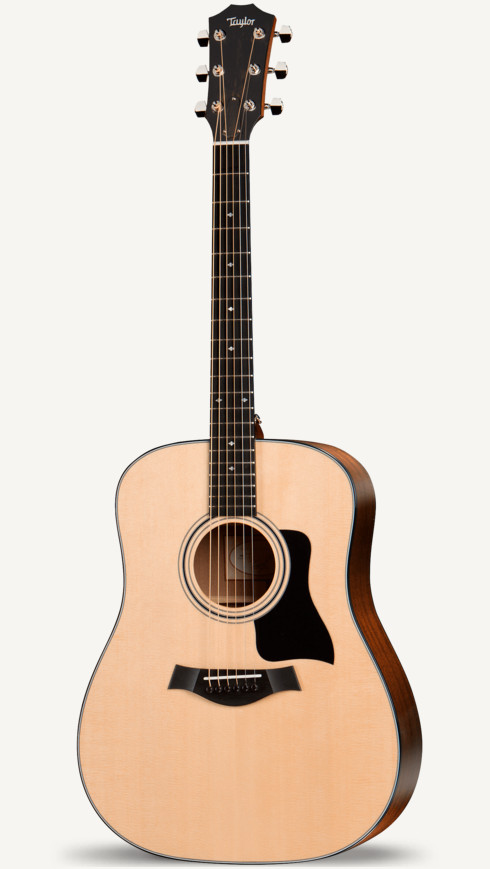 It was a nice guitar, and one of the lower priced options in Taylor’s line-up. Under $1,000, as I recall.

I ended up selling it to fund a guitar I had crafted by hand by a local luthier. Read more about that HERE.

I had to dial out quite a bit of the bass in this acoustic. The 310 always had a great live sound, but in the studio it was always a bit too boomy for my taste.

Nonetheless, its feel was good and it helped me capture a wonderful performance, the perfect soundtrack under the poignant lyrics I wrote on that sad but loving day.

And speaking of wonderful performances, my eternal gratitude goes out to my long time friend an incredible musician Mr. Brian Stout.

The acoustic guitar part that you hear panned to the right side of the stereo field is the part Brian crafted for my tune.

Since he traveled to my studio to record for the song, he also used my Taylor 310 to lay the part down.

When I listen to the polyphonic wonder that he crafted against my acoustic part, which is panned left, I’m consistently impressed, enthralled and inspired.

Just LISTEN to those lines! Listen to the Bach-like choices he made melodically. The way his streaming flow of notes up, or down, sets perfectly with the lyrical content and mood.

Brilliant. Just brilliant. And you can tell he grew up playing violin.

That was before he and I both went gaga over Eddie Van Halen though. LOL

If you want more of Brian, check out his always- entertaining and uplifting band “Celtic Pink Floyd”. That link will take ya to their Spotify page. 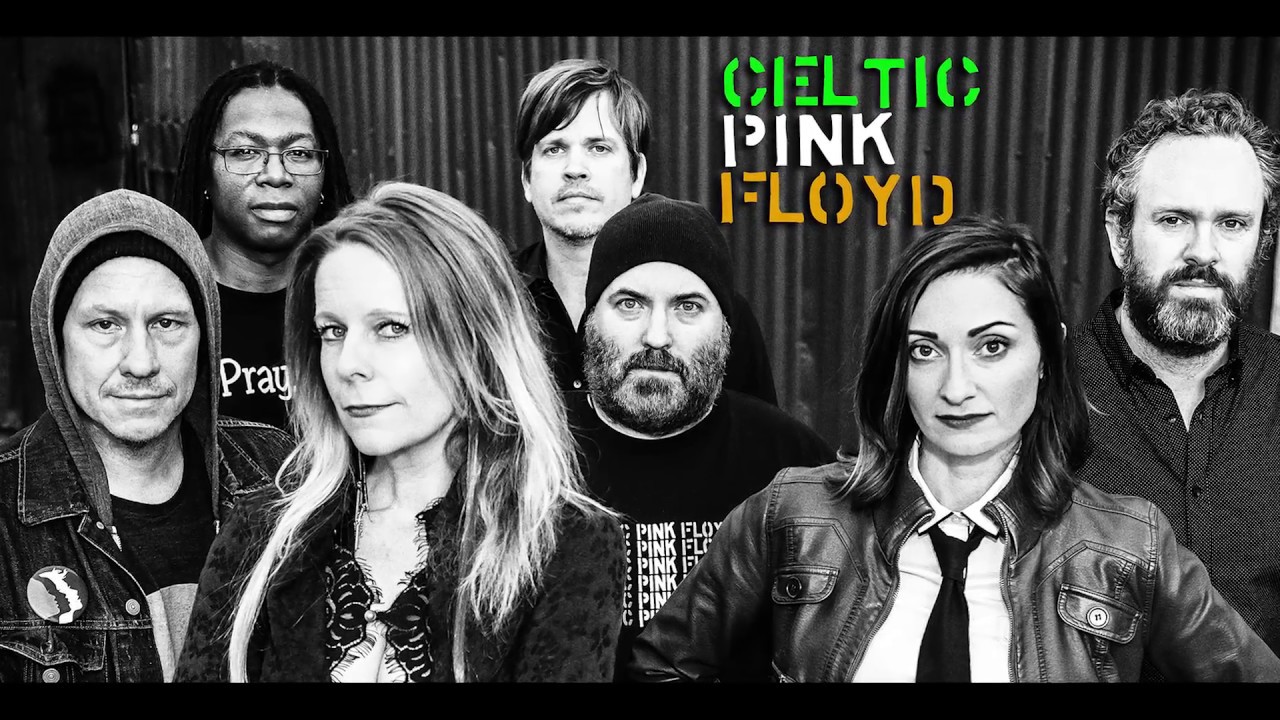 There you’ll hear his excellence and relentless pursuit of the best music can be!

These days my recording chain for vocals is as follows:

The AT4050 (my favorite mic!) switched to Omni mode (not cardioid!) 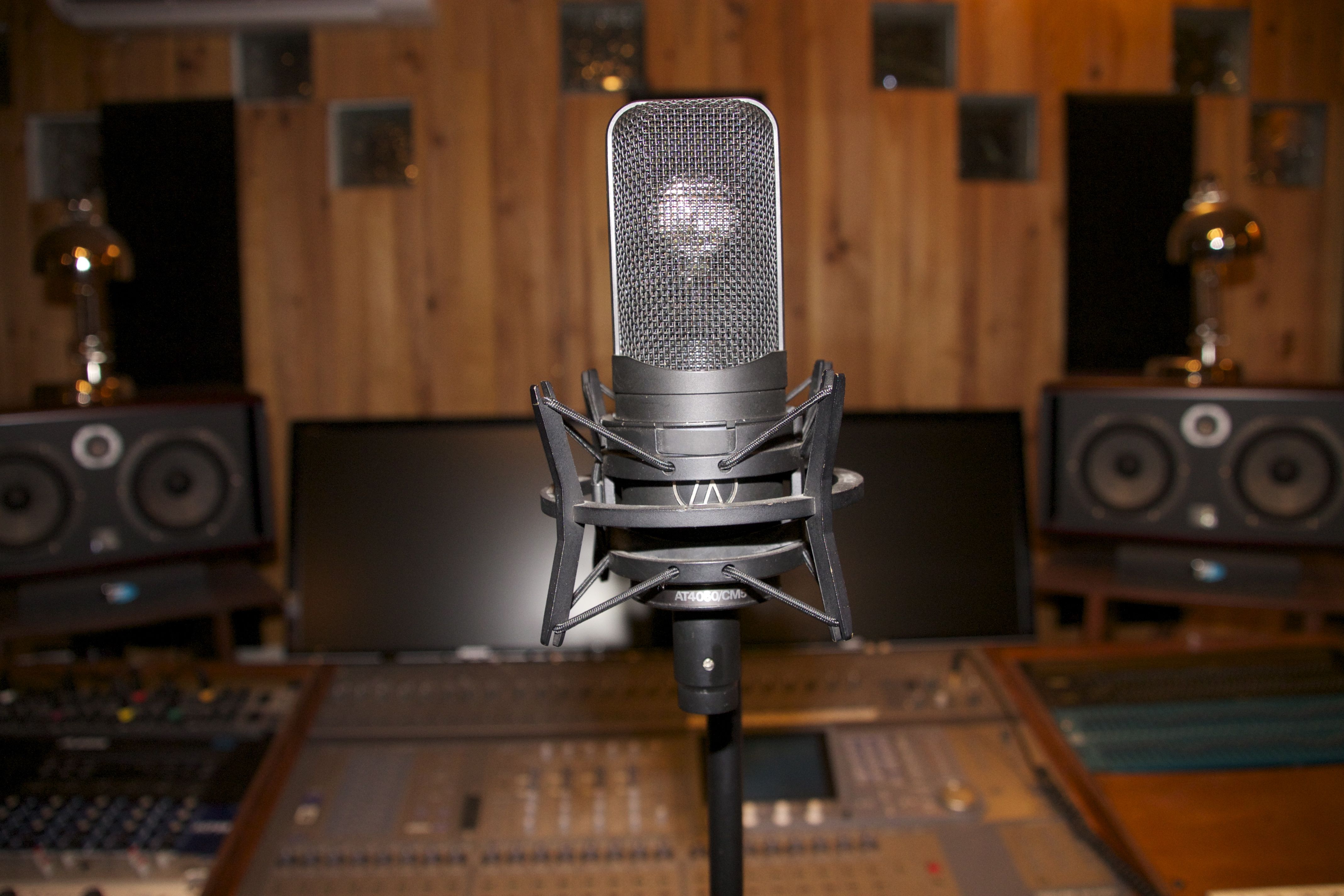 Next, the Apollo Twin Mark II digital interface via XLR. 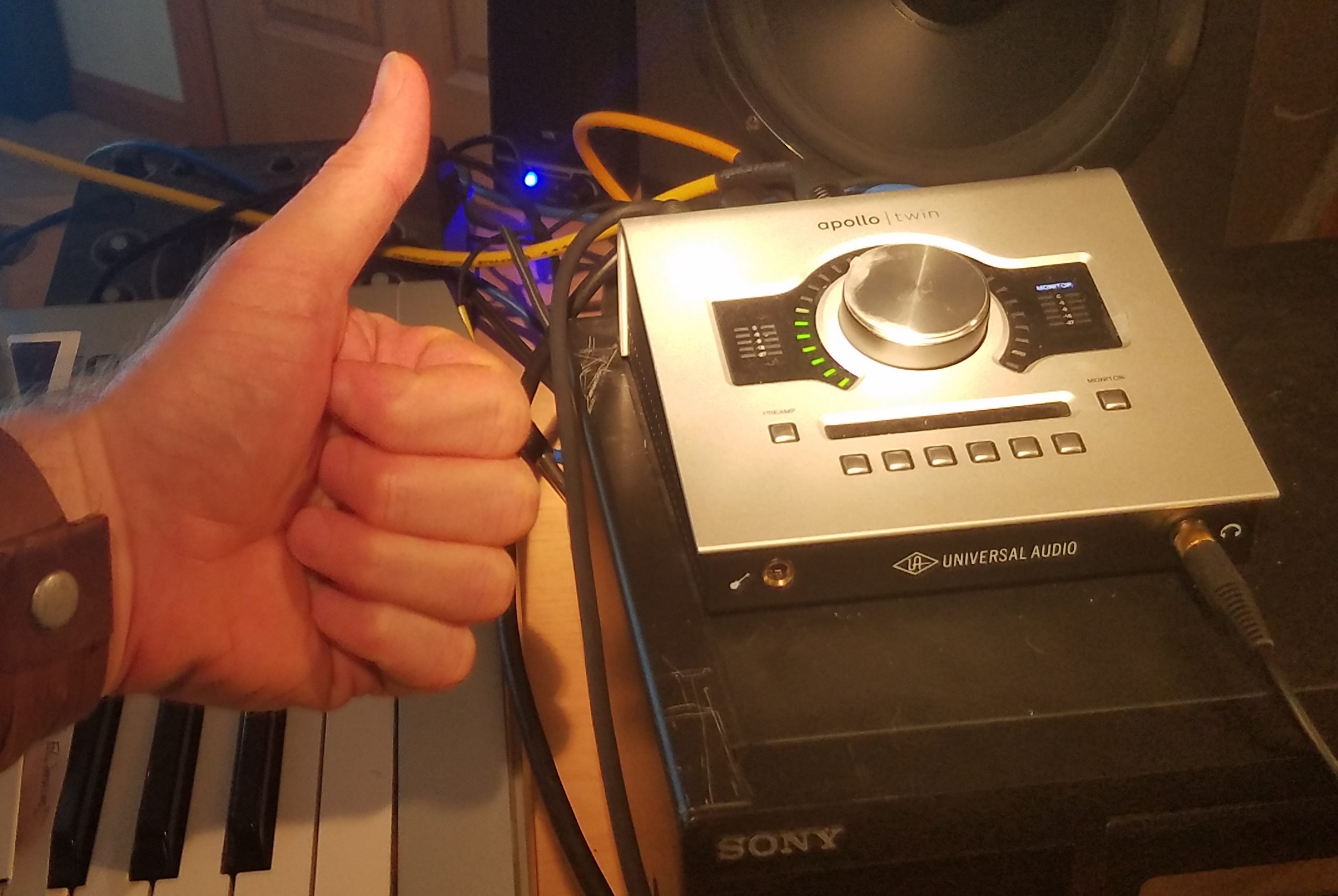 The Avalon VT-737sp plug-in, with settings dialed in for my particular voice. The picture on the right shows you how I optimize my vocal timbre going in.

Stop everything. Go to UA online. Buy it.

It may come as a surprise to many of you to hear that I record in Omni mode when using the audio technical mic.

What can I say? You can’t argue with experience… and the tape don’t lie!

I have tried this mic in every mode several times on my voice, and in every single instance my voice had more width, girth and fullness in Omni mode.

Regardless of the microphone you use, it’s good practice to actually test out some other modes if you haven’t ever done that. Don’t let what’s “normal” be your deciding factor.

Try figure 8. Try hyper-cardioid. Try Omni, which is the setting I use for my vocals, like you see below. Even if you think it’s not “right” – TRY IT! 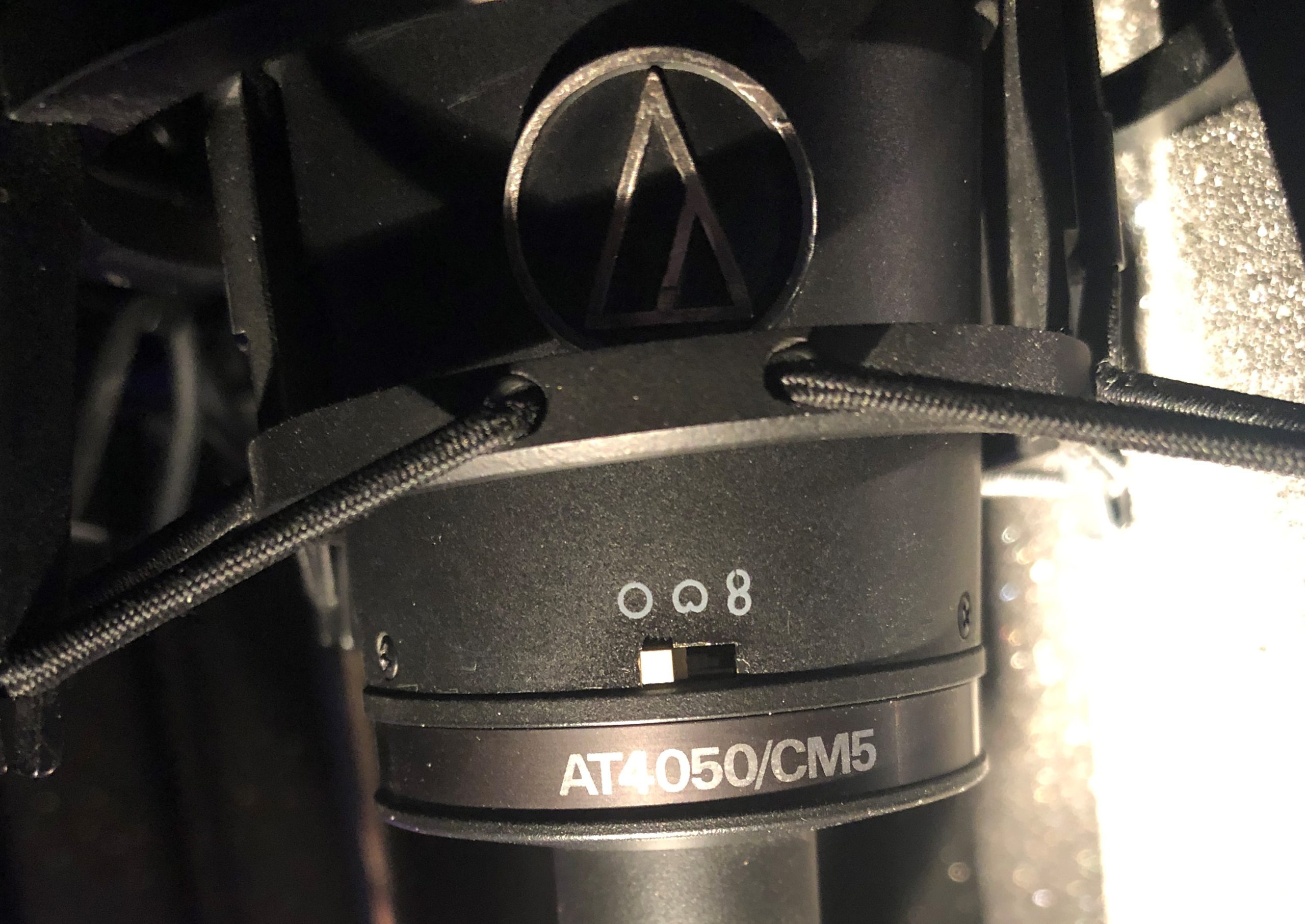 You just might find… you sound better than ever.

OK quick show of hands: how many of you die-hard G.A.S.-ERS have ever shopped at Sweetwater Sound?

Well, if you didn’t know, are used to work there myself. It’s where I honed a lot of my recording shops, and especially gained a working understanding about Pro Audio more than I EVER had before.

While working there I was partnered for a time with Mr. Jeffrey Green, a sales adviser extraordinaire! He’s one of the best they’ve ever had there when it comes to understanding gear. 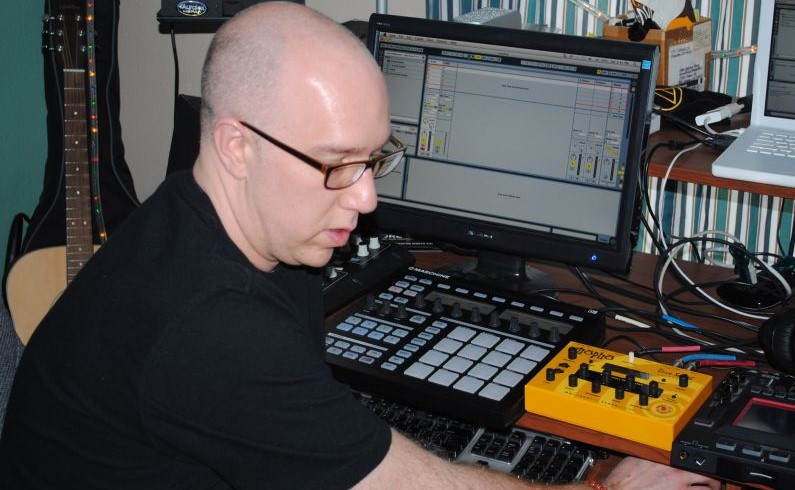 What I love most about Jeffery though is that he’s a great guy – pleasant, funny, helpful… the kind of person you actually want to have around.

I can’t say that about everybody. Especially salesmen! LOL

In any event I had Jeffrey play cello, which is his preferred ask, on my very first album that I released in ’97.

Since I didn’t think he did too shabby then, I thought I’d bring him back for an encore. Slowly letting him off his leash. Sloooowly… LOL

I emailed him the stereo file with guitars and vocal, described what I wanted, and voila – within a day he’d nailed it!

And he pulled out the big gun for this recording too: a French-made cello built in the 1870’s! Then he mic’ed it with a Warm 87 mic (set about 3 feet away,) and had a Se Reflexion Filter wrapped around it to minimize any room noise. I use one of these in my studio and my vocals have never suffered from extraneous noise. Ever.

I did ask him to go back and re-cut two little melodic sections that I change my mind on. He gave me a Sid vicious snare and muttered something about sending Guido to my studio, but by the next day he played the revision. 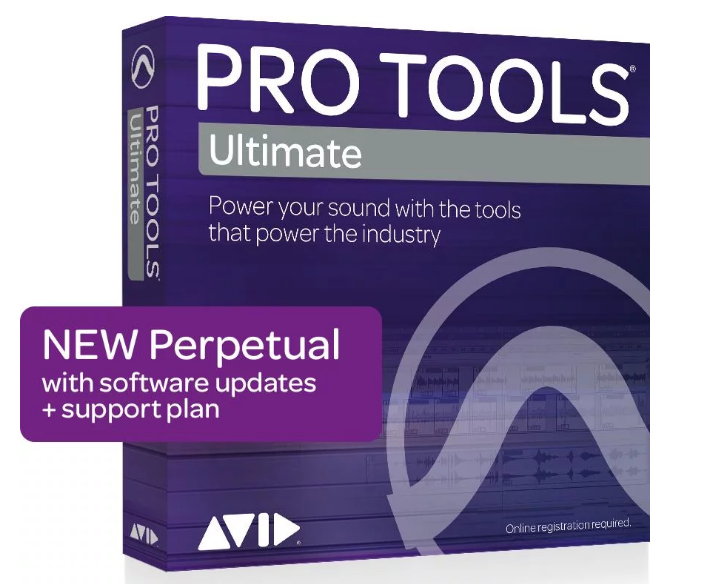 Software-wise, I’m still running ProTools Ultimate. I bought the perpetual software option so I actually OWN Pro Tools; I don’t pay for a monthly subscription. Pro Tools has owned the landscape for decades and it gives me everything I need and then some.

I do have reaper, and have it by good authority that reaper actually spits out better audio quality than ProTools (see the pro that told me that HERE).

But, hey, When you’ve used a piece of software for so long that you’ve become really adept at it, know its ins and outs, know where everything is and don’t have to think much to use it, and it’s still the flagship software of the industry…

… why use anything else?

As a quick side note, I’m also excited to tell you that I used, for the very first time, the iZotope Ozone software to Master the final mix for “If You’re Leaving”.

How did it perform??

Really, I had no idea that there was a software out there that could give me such quality Mastering results so fast and so easily. It blew my preconceptions away, how well it made my track strong and balanced and ready to compete against any ballad out there.

I’ll have to do an article just on Ozone. It deserves the acclaim!

As a final aside, this is also the first single that I used the SoundSpot plug-in called Focus. It’s a trippy psychoacoustic manipulating plug-in that basically helps you to zoom in on a set of frequencies, which then intern brings out more brings down certain elements of your mix.

And of course, just to buck the trend and get creative, I did NOT use it for mastering. Instead, I slapped it on the vocal tracks AND acoustics.

I thought they could help me find that perfect balance between the four separate instruments, and I was right – it did a bang-up job. Very helpful tool for any sonic landscape!

“The Abacus Path” is my project name for the AcousticPop/Rock stuff I write. This year I decided to pull back a little on the website here and spend more time finishing my latest album.

So far, so good on keeping them in balance, but I think the music has definitely stolen some of my SeriousG.A.S. attention over the last few months!

No worries, though. Times and seasons, right? Besides, I’ll never leave our li’l gear nook here… it’s too much fun!!

To keep up on all the music that comes out of my studio for “The Abacus Path”, check in on OUR WEBSITE HERE for all the latest news.

Hope you enjoyed this latest “how to record music” glimpse and have some ideas about options you can try on your own recordings.

We like bringing you the REAL DEAL here on SeriousG.A.S. with regard to instruments and recording gear, and what better way than looking into the actual recording notes of an actual session?!! 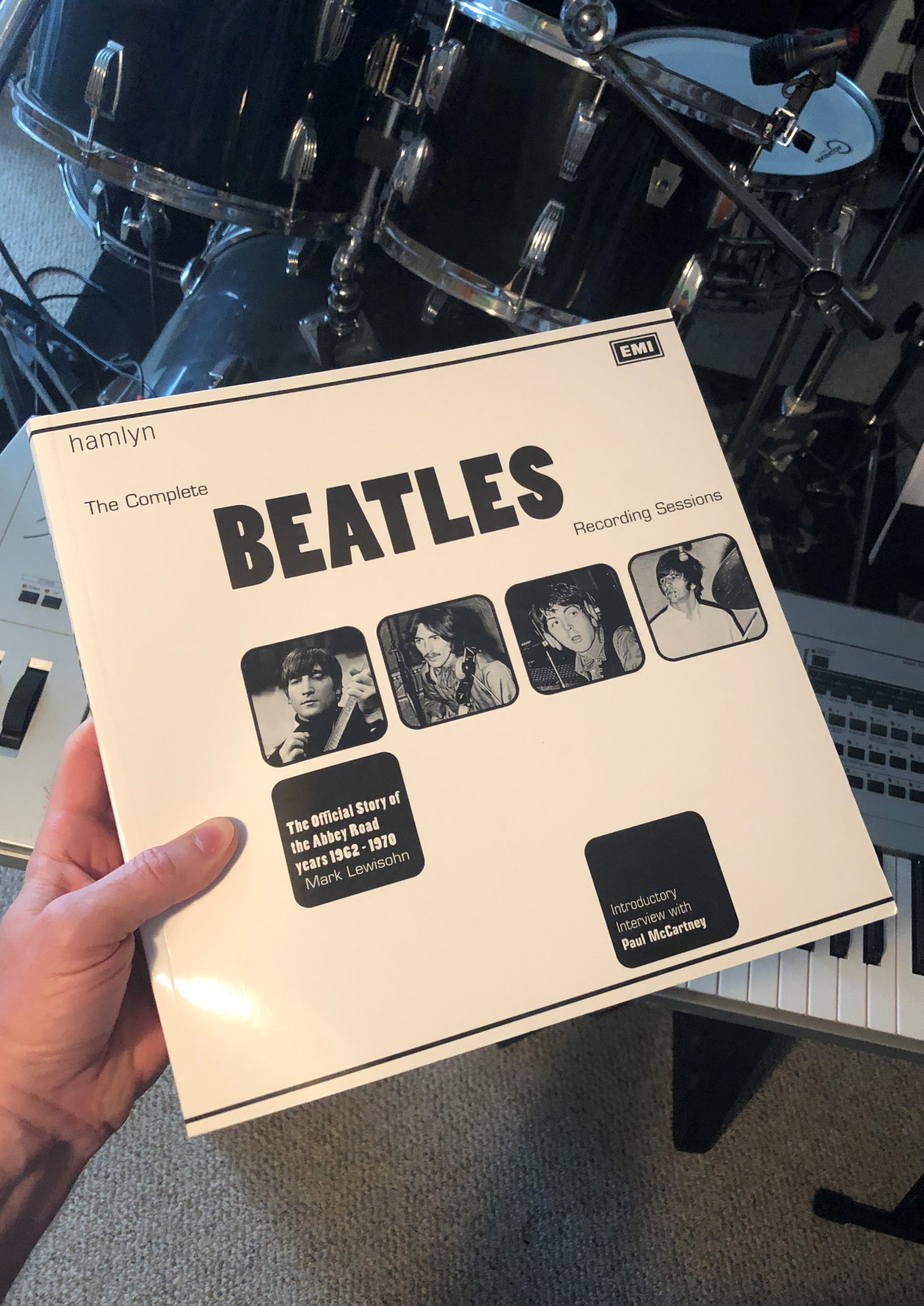 Why else did I buy THIS BOOK (seen on the right) years ago?! It’s ‘holy grail’ info, brah!! LoL

At the end of the day, it’s all about what works, and what we should trade in for something better. Hopefully the insights I shared today helps YOU decide what brings YOUR music to life the best!

Stay tuned for further, more detailed glimpses of the software I use ongoingly for these recordings. If it sounds good, it IS good, and we’ll be talkin’ about it.

For now though, stay safe, socially distanced and wise in all this COVID craziness, and above all, no matter WHAT the world throws at you, make sure you…