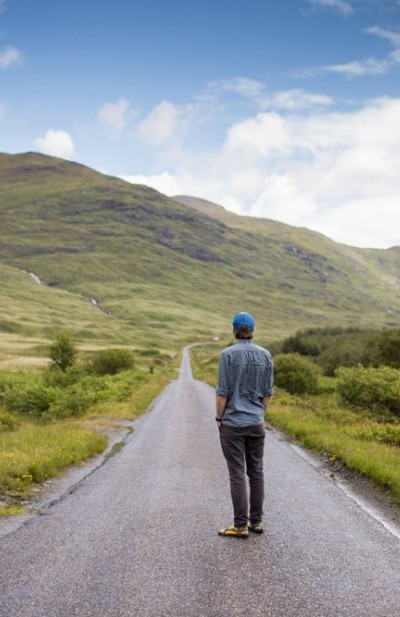 So, Christmas and New Years Eve 2017 are now left in a crazy haze behind us. Hope yours was great! Hope your music G.A.S. was passed with brightly wrapped presents that gave you the “Ahhhh…!” of sweet Gear Acquisition Syndrome relief!

Ahead of us now is a great big open sky to fly into: live gigs; studio sessions; videos; podcasts; quiet moments of composing alone; louder moments of writing with others. The singing sky’s the limit.

All around us, music continues to be a force that shapes our thoughts, emotions, friendships… even our culture. Many acclaimed musicians used cutting-edge gear, well-honed songs and informed market savvy to bolster their presence in our lives. Let’s take a look:

Ed Sheeran was, as you probably noticed, everywhere. Not surprising since his new album this year, “Divide“, went to number one both in England and the U.S. He was Spotify’s top streamed artist, at over 6.3 billion (yes, that’s a “B”) streams, and finished strong by having the most popular album in the U.S. He set a record too: he’s the first artist to have two songs  debut in the top ten in the same week! Ed teaches us a lot about how to use Facebook, Twitter and Instagram effectively. If you wanna know how to do it as an artist, follow him and take notes.

Kendrick Lamar appears to have the largest overall total market activity though, with his latest rap record, “Damn“. It also took 2nd place in the list of best-selling albums of 2017. Total market activity takes into account sales, streams and all manner of music listening methods. He even did a collaboration with U2, which we’ll laud in a minute, on a good track that stays with you. Looks like Kendrick is in it for the long haul, y’all.

Coming in at number three in popularity, Taylor Swift nonetheless turned airing relationship laundry into gold again with her new “Reputation” album that scored the number one, top-selling album of the year. The category of ‘album sales’ does not take into consideration the streaming of songs, which Ed Sheeran clearly dominated. That means Taylor’s loyal fans want to actually BUY her stuff, not just watch it flow past. I know the feeling; I still support my favorite musicians by buying their material.

I learned to appreciate her talent due to our daughter Emily’s excessive consumption of all things Taylor when she was a teenager (the “Love Story” days). I still respect her for writing or co-writing all her songs, even if the lyric content is not exactly something I relate to at the moment.  😉

Rihanna was the top-streamed female artist, for the third year in a row. Wow – that woman knows how to build a music career! Social media; radio; television; music videos; live performances – she got the touch and she touches everywhere!

U2‘s new album “Songs of Experience” finally arrived, went to number one, and subsequently snagged a brand new Billboard record – U2 is now the only group in music history to have a number one album four decades in a row. And I had just read some critic saying how they were a thing of the past. HA!

(This is why I’ll always side with the artist over the critic. I mean, at least the artist is actually creating something!)

My favorite tune on the album is “You’re The Best Thing About Me”. If they don’t release that as a single they need a new manager.  lol

Toys That Keeps Us Up at Night!

As long as we live, there will probably never be a shortage of music gear to taunt us musicians. From the shop windows the latest, greatest electronic or musical wonder purrs, “Ohhhhh… but if you only had MEEeeee…!”

Heck, I get G.A.S. just thinking of walking into Guitar Center, let alone being there!

Here are some items that made really big splashes during 2017. Perhaps you bought ’em too?:

Stats for Another Musical Year!

Could our attention span as Earth’s dominating sentient species be on the wane? The average song length of top t10 entries in 2017 shrunk by seven seconds; the average length was 3:42, compared to 2016’s 3:49. A song called “Gucci Gang” was also the shortest tune to reach the top ten in forty-two years! A.D.D. much? 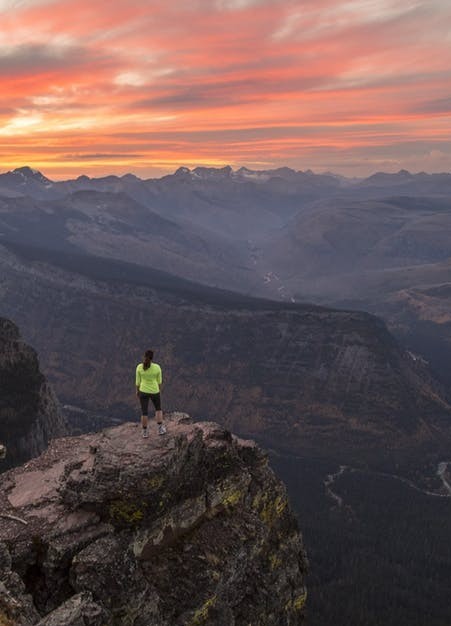 Musicians all across the world are now also having to consider the security of their shows more than ever. The explosives at Manchester Arena; the shooting at the Route 81 Harvest Festival; the still-remembered Le Bataclan shooting of 2015… it’s no longer a guarantee that a concert by your favorite artist, or you, is going to end all smiles, laughter and new t-shirt.

Because the reach of the world’s violent, radical fringe has extended even into our peaceful world of art and sound, the cost of security for major concerts and venues has increased by as much as 20 percent. Guess whose profits that eats into? Another way our career path is more uphill than ever.

Something called “Slow Ticketing” has arrived this year. It is being championed by Taylor Swift and it’s basically a way to keep bots from buying up all the live concert tickets before you can get a chance to buy one. Usually it means signing up with TicketMaster in advance of tickets going on sale so they can prove you’re a “Verified Fan”.

Not every music act is using it, but if we as fans choose to support the artists applying this method, perhaps we can get back to where each concert at least has some tickets at a price point that working-class fans can afford. Keep your ears open for this opportunity.

Finally, the stats show that music streaming became the number one way we listen to music now. It’s up almost 60% from 2016. Spotify pretty much owns the streaming world, mostly due to its being multi-platform: whether you’ve got an Apple phone or an Android, Spotify will work for you.

Music ownership continued to go the way of the dinosaur, with overall album and single sales declining again as they have for years now. Album sales dropped by 17.7%. Digital sale downloads declined a whopping 19.6% in 2017. Obviously, this streaming thing is taking its toll on the music industry.

CD sales overtook vinyl record sales in 1988 with the Dire Straights “Brothers In Arms” album, and had a good long run, but in 2014 digital album and single sales finally knocked it off its shiny, round throne. In 2017, CD sales continued their downward trend, dropping by 20% under 2015.

Interestingly, well over half of those turning to Spotify for their music consumption use playlists as their go-to method. In the long run, this is a win-win for artists and audiences, as a no-name artist could, with the right song, move up the ranks into stardom in a relatively short time thanks to this all-inclusive method. Witness the rise of Cardi B and her “Bodak Yellow” as the latest, greatest example.

Another interesting musical tidbit about 2017: it was the first year that the R&B/HipHop category led the music industry with the largest share of music consumption overall for the year. Not bad, groove and rap-meisters! The Rock genre came in second, proving that the stone keeps rolling strong decades after its explosive birth.

Oh, and for you ol’ wax lovers, vinyl purchases actually went up this year, again. By 9 percent! Heh… who’dda thunk? The genre most purchased in vinyl? You can probably guess: Rock.

Any of those numbers surprise you? What you expected? Do they make you smile? Grimace? Want to make a tuna sandwich??

Regardless of what tanks or floats in our industry, keep your dreams alive and keep your nose to the DAW-stone.Wisely-directed efforts will pay off, and wisely-invested G.A.S. will help you get there!

The Forward-Thinking of Looking Back

At the end of each year it’s in our best interest to turn around, spotlight the awards that we earned, gather up any pieces that broke, and settle into considering… what made all the difference? As Socrates said, “The unexamined life is not worth living.” If it’s true then, it’s true in 2017. So, if you’re ready… let’s shine the spotlight on your perceptive past: 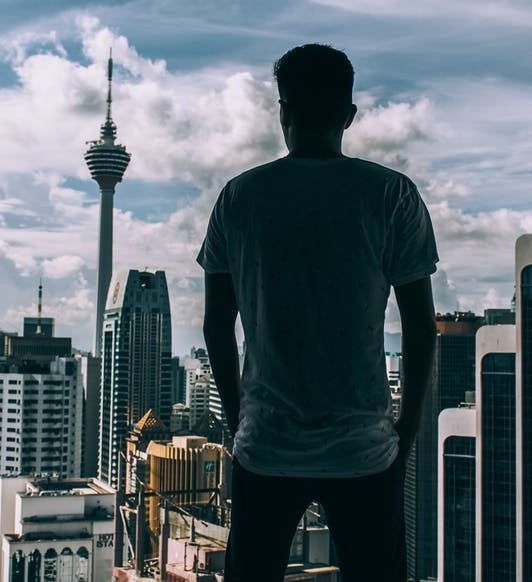 Fears and failures. Grand slams and gains. Two sides of the same coin. All facets of what it means to live… human.

Remember these facets well – they will help guide you through 2018.

Sing Forth, You Ripples!

Just as our habits have a tendency to define us, so the decisions we make each year about our careers can either increase the odds of us making a splash in the big music pool, or further decline our efforts.

The big question of the year is… what ripples are you sending out?

We don’t always have clarity looking back; sometimes we find a long line of abstruse echoes, like Rey in the latest Star Wars movie – places where we’re unsure exactly how it all fits. Was that action/result/investment really wise in the grand scheme of our goals and dreams? Sometimes it’s hard to say. But more than likely we’ll glean some nugget of advice that the past you is dying to tell the current you. So listen to your ancient doppel-ganger; they know what they’re talkin’ about.

You probably also had at least one awesome discovery, new skill acquired, or a clear, perspicuous link that improved you to today. That counts for something; learn from it as well.

A Year of Gratitude

For me, 2017 was the debut year of “Serious G.A.S.”, my website you’re currently visiting. Welcome! This little eddy off the music pool is all about musicians and our love for the gear and instruments that help us do what we do: make music that transforms.

SeriousGAS has risen through the Google ranks in record time and has surpassed my expectations, so thank you. Thanks for tuning in. Without you, my own ripples would dissipate into glassy silence.

In 2018 I shall continue to bring you tips, tricks, insights, laughs and reviews about the machinery that is so intertwined with our artistic expressions. I have many new and hilarious surprises planned, so stay tuned. I think they’ll “resonate” well with you!

As always, do leave your own insights and comments below. That’s the great part of sharing on the Internet – it’s like we’re all in a big studio together. So share your latest gear madness with me and the fans.

So you’ll always find me here, ongoingly empathizing with those G.A.S. attacks that flare up from time to time… in you and me both.